Home » Blog » MUNICIPALITY OF FAENZA AND IMOLA AUTODROMO: A BOND INTENDED TO STRENGTHEN OVER TIME

Despite the postponement of the traditional 100 km of the Passatore to next year due to the prolongation of the health emergency, the Italian 100 km road championship will be held on Saturday 22 May 2021 on the new route inside the Imola racetrack. A special edition to honor the spirit that has always animated Florence-Faenza to the best of its ability and not to let runners miss the chance to experience this exciting, sporting and human experience. An unprecedented link between Faenza and the Dino and Enzo Ferrari racetrack in Imola. In the past, in fact, several exhibition and sports events that have united Faenza and Imola that unfold on the Via Emilia and that share, among other things, the membership of the same tourism promotional-marketing consortium “IF” precisely for a series of affinities and common strategies for enhancing the excellence of the territory. So if, due to the health emergency, the Imola circuit will host the ‘Special edition’ of the 100 km road championship on 22 May, it is not the first time that the circuit has hosted events from Faenza. One of the strong ties between Faenza and ImolaE is given, for example, by the marriage between the racetrack and Giancarlo Minardi, currently president of Formula Imola. It should also be remembered that since 2016, the Imola racetrack has hosted Minardi Day, a dive into the past of the historic Faenza team that launched many internationally-renowned drivers, then achieving great results. During Minardi Day, every year in Imola you can see the colors of the Minardi Team on the track and unique cars of the Circus such as the F1, F2 and F3 single-seaters that battled along the track. 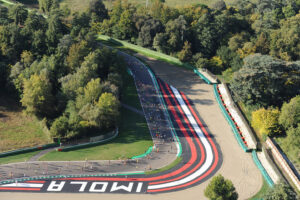 Last year Imola and Faenza were joined by the Road Cycling World Championship. If the official venue was the circuit that winds around the Fiano del Senio, the most demanding stage that made the difference was right in the hills of the municipalities of the Union of Romagna in Faenza. A stage that gave an incredible point of view with the hills crossed by the runners and the thousands of fans who thronged to see their favorites go by. A route that has now become the destination of thousands of two-wheel enthusiasts who want to retrace the path on which the greats of international cycling measured themselves, becoming one of the areas of great attraction for tourism related to cycling. Finally, this year the same roads, the Imola circuit and the city of Faenza, will host the Italian road championships in June, also a moment of great harmony between the two cities of the Via Emilia. “In a particular year – underlines the councilor for Sport of the Municipality of Faenza, Martina Laghi – the Special Edition at the Imola racetrack could be the right formula to meet the athletes’ need to run a race over a 100-kilometer journey certainly in a very scenic context. Obviously Faenza and the administration will be present on 22 May to accompany and support the 100km del Passatore association which has spent so much in organizing a major sporting event in another difficult year on the health emergency front; an event that, if it cannot be equated with the charm of ‘Florence-Faenza’, will certainly see a great participation of many runners “. A collaboration between Faenza and the Imola circuit destined to grow and strengthen in the future.

PRESS RELEASE No 16   The 100Km del Passatore plans the future of... read more

PRESS RELEASE No. 14   GREAT SUCCESS FOR THE SPECIAL EDITION OF THE... read more

PRESS RELEASE No 8   ACQUAINBRICK IS THE WATER SPONSOR OF SPECIAL EDITION OF... read more