The special edition of the Italian 100 km road championship and FIDAL master was presented today, at 10.30, in the Bigari Hall of the Municipality of Faenza. The meeting was attended by the Mayor of Faenza Massimo Isola, the councilor for sport of Faenza Martina Laghi, the president of Formula Imola Gian Carlo Minardi, the president of the Asd 100 km del Passatore Giordano Zinzani, the head of the territorial area of ​​Faenza de the BCC of Ravenna Forlì and Imola Giacomo Severi and the president of the Consorzio Vini di Romagna Ruenza Santandrea. 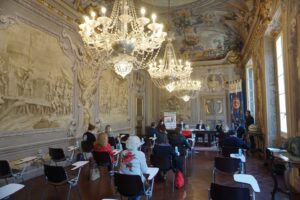 The special edition of the Italian 100 km road championship, which will take place on May 22nd starting at 10 am at the Enzo e Dino Ferrari circuit in Imola, is promoted and organized by the 100 km del Passatore association from Faenza together with the homonymous Società del Passatore. Uoei, Csen and Cai. To support the event also Anffas Onlus (Association of Families of Intellectual and Relational Disabled). The Italian 100 km road championship will award absolute and master titles, but it will not be valid for the roll of honor of the Florence-Faenza whose 48th edition is postponed to 2022. The length of the track designed for the special edition of the Italian Championship is of 5 km, which will be repeated 20 times by the competitors. To challenge each other on the Santerno track 250 runners among which we will find the greatest tricolor specialists. Giorgio Calcaterra, Marco Menegardi and Matteo Lucchese are just three of the big names expected at the starting line. 40 women athletes are registered, 35 are rookie athletes, 15 are from Faenza, over 40 are from Romagna. On the occasion of the Italian 100 km road championship will be selected the tricolor runners who will take part in the European Championships with the jersey of the Italian national team.

The special edition of the Italian 100 km road championship is made possible also thanks to the sponsors BCC Credito Cooperativo Ravennate Forlivese and Imolese, Consorzio Vini di Romagna, Acquainbrick, HOKA ONE ONE, Natura Nuova, Coop Alleanza 3.0, Moreno, Caviro, Eurocompany, Kiron and SPHERE srl
As every year, there are many voluntary associations and health services that lend their service to the realization of the events organized by the Asd 100 km del Passatore. 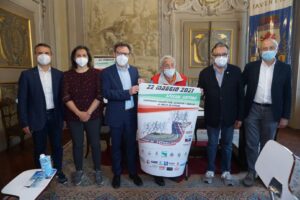 Timekeeping and data processing will be handled by SDAM – Sport Data Management: Champion Chip. During the race there will be a live broadcast curated by the historical speakers of the Passatore Daniele Frisoni and Daniele Menarini, who will broadcast clips relating to the history of the Cento giving voice to local and regional authorities, protagonists and surprise guests.

The 100 km show will arrive live on the web for the first time. The organizing company of the Italian Championship has exclusively entrusted, thanks to the collaboration of HOKA ONE ONE, to the staff of Sport2u.tv, web tv player of Oasport.it (national sports site), the production of the commentary that can be listened to in real time by the departure upon arrival, following the development of the race along the Imola circuit in front of the video of your smartphone. On 22 May live streaming on the sport2u.tv portal, relaunched on the Facebook pages of Oasport and 100 km of the Passatore, the cameras will be aimed from a quarter of an hour before the start, set for 10 am, on the protagonists of the race between amateurs and great specialists. The live broadcast will be enriched by a “lounge” where commentators and guests from the sector will comment on the performance and entertain visitors.

Collateral initiative to the special edition of the Italian 100 km road championship, the “100km relay of the Passatore … towards the myth and beyond – Florence-Faenza-Ravenna”, organized by the Liceo Torricelli of Faenza. Each class, through its own group on a special APP, must reach 100km by adding the movement posts of each student in the class. The class that has managed to cover the 100km in the shortest time will be the winner. The challenge will be active in the week of the 100km, from Monday 17 to Saturday 22.
Among the collateral events of the Cento, ASD will organize in 2021 the second edition called “100 km of home” for all the competitors originally participating in the 48th edition of the 100 km del Passatore.

For further information consult the official website of the event: http://www.100kmdelpassatore.it/