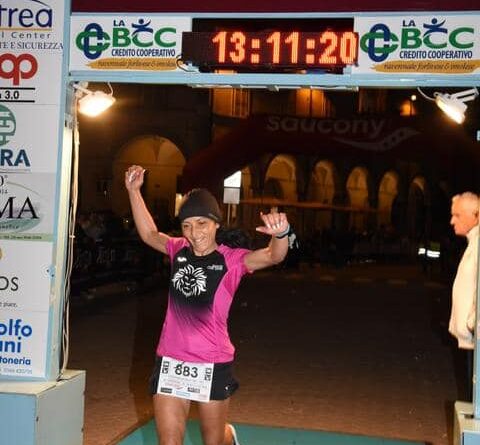 Nanda Bianconi: Il Passatore is a beautiful journey, a dream full of emotions

The 47th edition of the 100 km of the Passatore was won by Marco Menegardi who preceded the Ukrainian Serhii Popov and the Croatian Dejan Radanac 7h23’37 “. The Croatian Nikolina Sustic is in 6th place and first of the women, preceding Federica Moroni the Croatian Veronika Jurisic and Sara Trevisan. Below, Nanda Bianconi’s impressions through answers to some of my questions: How did the Passatore seem to you? The most critical part? “Il Passatore is a beautiful journey, a dream full of emotions. The most critical part, the descent of the Glue, when the headlamp dropped me and I found myself alone I was a little afraid of the dark then I thought I could use the light from the phone.” 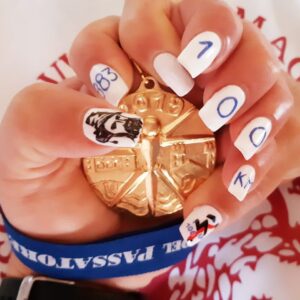 Being able to complete a 100km is really a dream especially for a girl who has entered the world of ultramarathons passing from the marathon to the 6 hours and then to the big jump of the 100km, a dream that comes true but after a profitable preparation and conviction of be able to do it: The best part? “The best part when at 75th my son Matteo joined me in the race, an indescribable joy, a charge that I would have also reached Ravenna, I no longer felt tired!”

The company in long and tiring races, especially in the nocturnal stretches, can only give pleasure and experience enthusiasm by stimulating the athlete in the search for renewed energy and strength: Before, during, after, how was it? “The pre-race was agitated, being the first for me I was afraid of not making it to have dreamed too high, but thanks to my great teammate Riccardo who was close to me until the 50th km I found my smile again that accompanied me to the finish line and allowed me to share the emotions of the participant and the beauty of the landscape. After the Colla, when I was alone, I kept repeating myself mentally: ‘Nanda you are strong, Nanda you are a lioness, Nanda don’t give up’ and Nanda has shown me that she is, she never thought of giving up. I encouraged many people along the way, especially the ‘grandparents’, how much respect for them.”

I saw Nanda running and walking in good company, but the 100km race is above all an individual and personal race, it is difficult to start and finish together, it may happen that you have different rhythms and needs and you get lost along the way, but loneliness in the end it strengthens the character and develops resilience, next time you are more confident and courageous: What have you discovered? “The only drawback of this trip is that being a ‘chatterbox’ every time I tried to talk to the runners, they didn’t answer me or short answers, they were rightly trying to save energy or were too concentrated. If I had been faster I could have done it with you Matteo and we could have talked!” 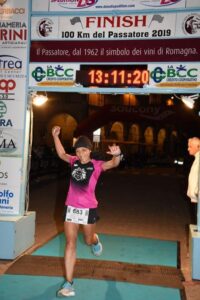 For some, the 100km race of the Passatore is a mystical race to be interpreted in silence and with intimacy with oneself, however it is always nice to exchange if not long speeches at least hints or words of encouragement or esteem. I met Nanda at the Cross Trofeo Città di Nettuno where, in addition to presenting my book “women’s sport” in an informal way, I also had the opportunity to make known my latest work concerning the ultramarathon entitled “Marathon runners and ultrarunners” and on that occasion I made a pact with Nanda to run the Nove Colli Running of 202.4km next year: Who do you dedicate this finish to? “I dedicate my Passatore to my mother who in the previous months ran for me in supermarkets, laundries, post offices, has brilliantly replaced me in many things.”

The beautiful dedication to the mother who is sensitive to her daughter’s needs: What do you have left? “I still have the desire of this Passatore to want to do it again next year: too good!”

True, the passatore is a nice journey that you always want to repeat. 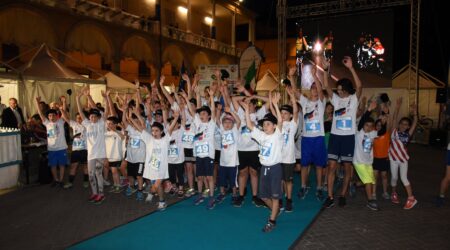 Also this year the Atletica 85 Faenza participated and won a well... read more 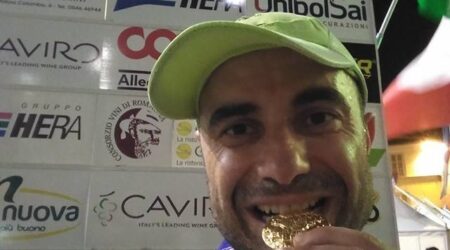